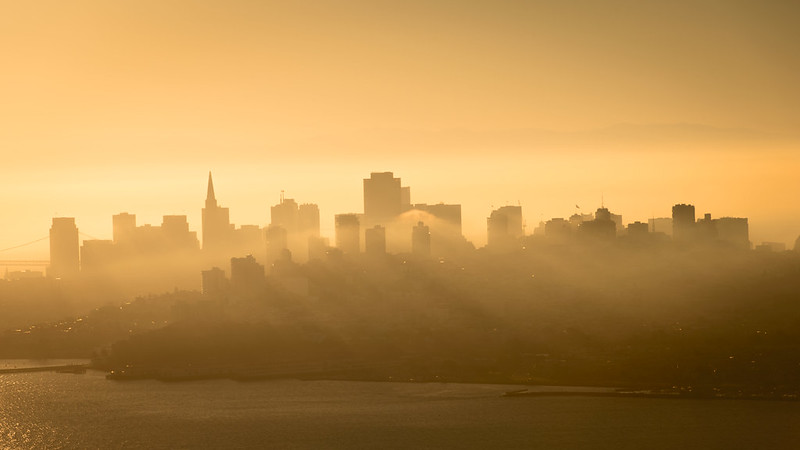 Couple of weeks ago, I was on my last day at my previous work place when I bumped into one of my friends on campus. He along with couple of others were headed to Golden Gate to catch the morning fog.

I’ve been procrastinating that shot for a very long time now, so I joined them the next morning and we headed to slacker hill hoping to catch the fog. We did wait for quite some time, but to our disappointment, the fog was nowhere near the bridge. Instead it was blanketing the lands way south of where we wanted it — golden gate. If we had been on twin peaks instead of slacker hill, then it’d have made a nice photo op.

It seems like we are just late for this year. We might have to wait one more year to have more attempts at it.

While we were waiting for the fog to roll in and cover the golden gate bridge, a tiny bit of it along with morning sun rays peeked through the San Francisco skyline and the result is this picture. 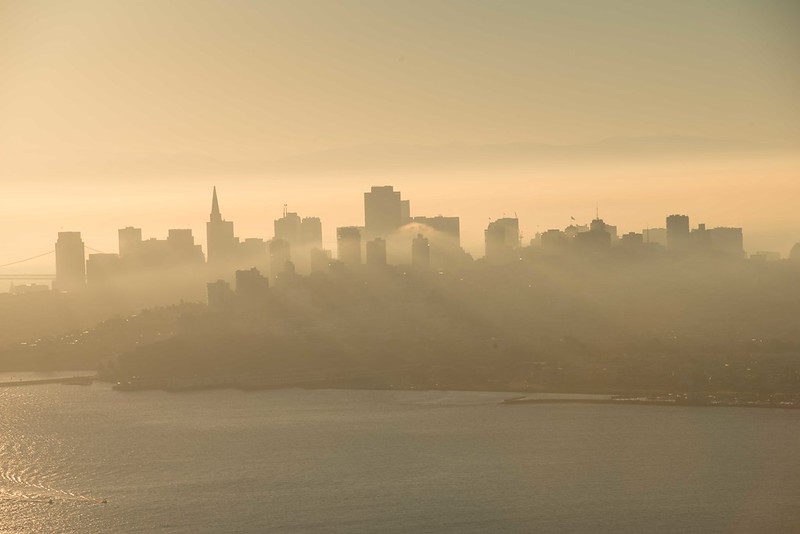